Home Furniture Beaver Homes & Cottages Beauti-Tone
FREE shipping to a store on eligible orders.*
We’ve selected as your nearest store or select a different store
Please set a location to see pricing and to order online. Select a Store
Please select a Home store location and click “make this my store”
home-owners-awards 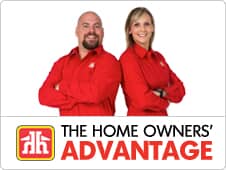 Recognition by the Industry

Home Owners are recognized repeatedly for their entrepreneurship, for their success and for their independent spirit.  At home in Canada, Home Owners have been honoured year after year by The North American Retail Hardware Association (NRHA) and Hardware Merchandising Magazine. The following are the most recent recipients.

Young Retailer Of The Year


Retail Innovator Of The Year

In the past 10 years, Home Owners have won major awards from the North American Retail Hardware Association. 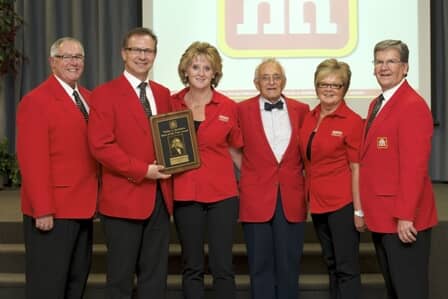 The Walter J. Hachborn Store of the Year Award is Home's most prestigious honour for retail excellence. For 2011 we are proud to announce that Hauser Home Hardware Building Centre in Camrose, AB was chosen as the top Home store in Canada. Congratulations to Dealer-Owner Rob Hauser and his staff for their accomplishments.

The Proud of My Home Achievement Awards were developed to recognize Home stores across Canada for their overall retailing excellence. They demonstrate a commitment to high performance retail standards, along with the preservation and enhancement of our Home brand in their markets. We would like to congratulate the Dealers and their staff for representing Home stores in such a professional manner. The 2011 Award recipients are: